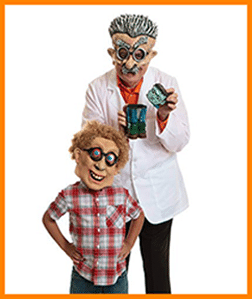 Finding a Halloween Magic Show that is “just right” for children and families is hard! You want your Halloween party to be unique, fun, safe and memorable. Plus, it must be non-scary and safe for the younger children as well as entertaining and fun for the older children.

“Can we book you now for next Halloween? Charlie was the highlight of the Halloween party!” – Amie Koporc

Harvey, my live rabbit, magically appears at the end of the show. Everyone gets to pet Harvey after the show. 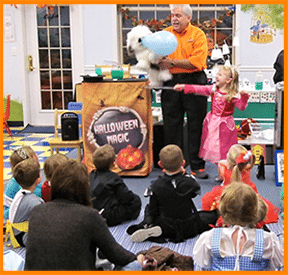 As well as, goofy costumes, silly hats, and a magical puppet routine.

Which creates a unique, one-of-a-kind, Halloween Magic Show for children and families.

This Show Is More Goofy Than Spooky!

All of the routines, magic tricks and props have a non-scary Halloween theme. Including Pumpkins, Spiders, Ghosts, Dracula, Wizards, Witches, Zombies, Frankenstein, and Haunted Houses.

“A great show for kids of all ages. It really holds their attention and even has the parents laughing!” – Ft. Mitchell Country Club 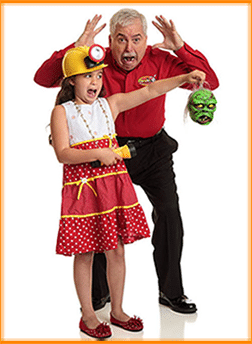 “Charlie Cadabra is great for all ages! Preschoolers to grade school children love the show! Our adults enjoy it also! We have Charlie every summer for our campers and love the Halloween show we added to our activities this year!”– Five Seasons Family Sports Club

Easy to Book
With a 100% Satisfaction Guarantee! 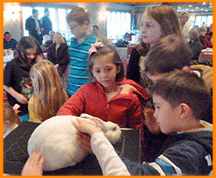 “Kids enjoyed the show. There was lots of laughter and “Screaming” due to “Scary” Halloween tricks. Stress-free because Charlie did the setup and clean up!” – Michelle Seiter 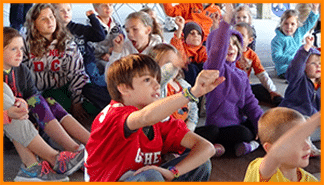 “Charlie Cadabra included almost all of the children. He kept their interest with a creative Halloween program.” – Kathy Godar

Because you may have some questions about booking a Halloween magic show, these Magic Show FAQs will help answer them.

“We have had Charlie Cadabra do magic shows at school, for birthday parties and Halloween parties. And, every show is unique and entertaining for kids and adults. We love Charlie Cadabra’s show and will hire him many more times as our children continue to grow! So, the magic word is Charlie Cadabra for sure!” – Taunja Kruckeberg

“The Halloween Magic Show was fun! The children really enjoyed themselves. He came early to set up and didn’t mind staying around to let the kids ask questions and pet the bunny. Charlie was very professional and patient. So, I will definitely hire Charlie Cadabra again.” – Desree Driever

“The Halloween magic show surpassed my expectations. Everyone, including the adults, had a wonderful time. I had lots of compliments.” – Renae Newkirk

“Charlie Cadabra definitely has a family-friendly show. He is professional, punctual, and has a wonderful personality. You can’t go wrong by having him entertain at your Halloween event.” – Patrice Barnes

“Charlie Cadabra IS Cincinnati’s Finest FAMILY Magician. He entertained everyone from toddler to senior. And, he kept the audience’s attention by including many children in the act. Also, everyone I spoke with raved about the show. You won’t be disappointed.” – Renee Bill

“Our program this year was the most successful ever. You and your magic show were the highlight of our Halloween event.” – Casey Wilhelm

“You were amazing! So, thank you for making both of us look good.” – Robbin Madden

“You were great, and you helped them laugh. And, a breath of FRESH AIR!” – Reggie Murray 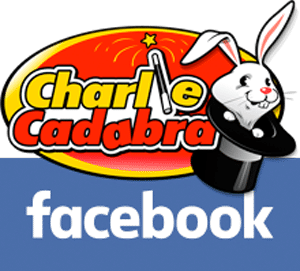 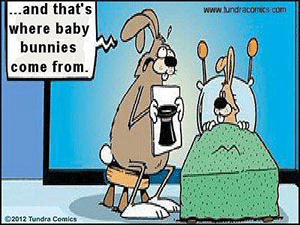 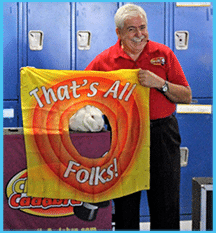